I really don’t know where to start in relation to the financial state our country is facing right now. And our jerkoff politicians from BOTH sides disgust me. If our country was a household, we would have been bankrupt and shut down by now. In fact, the summary below puts it in those exact terms.

The bottom part of the image is just classic. 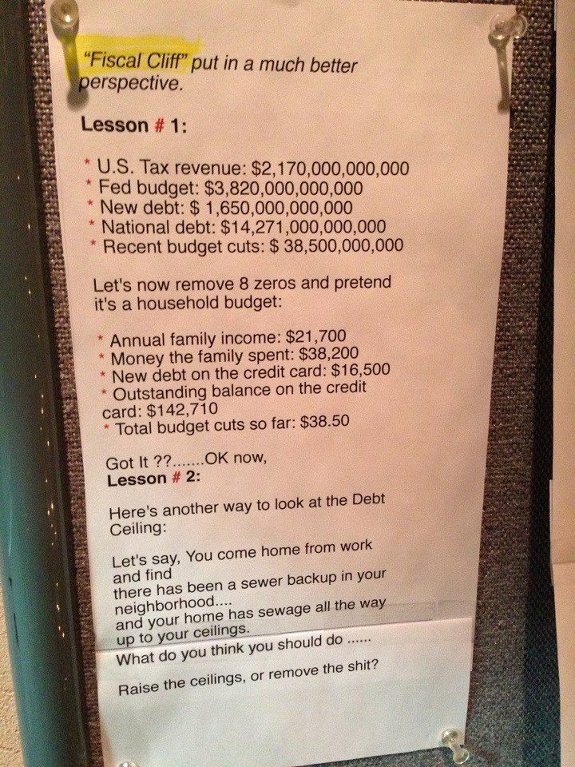 As someone who regularly helps out feeding those in need, the news that NY mayor-dictator Doomberg is outlawing any surplus food (bagels, donuts, soup, etc) to homeless shelters is outrageous, maddening, and just ludicrous.

Click here to read nanny government out of control.

This is potentially just a preview. Get used to it if our nanny government increases its power in an attempt to “take care” of people which is just cover-speak for controlling subjects.

This morning I followed my normal early Friday morning routine with a trip to Wayside Christian Mission to serve breakfast to those in need followed by a prayer vigil outside our local abortion center. When I arrived at Wayside, I was greeted by my friend John who has served faithfully down there every Tuesday and Friday mornings for several years now. He is a retired pediatrician and keeps himself busy with volunteer and service efforts when he isn’t sailing or teaching sailing. He is a regular fixture on the Ohio in his sailboat and he loves the Spring, Summer and Fall when he can get out on the water.

While normally John and I are busy serving and such, we had lots of time to chat because we were joined by a dozen additional volunteers from U of L (University of Louisville for those readers not local). That pretty much put John and me out of business so we caught up on things. After family and recent event download John had a church finance meeting to get to and I decided I could go early to pray so we let the U of L volunteers take it from there.

Because I had to pick up our 4 wheelers after work, I had driven in my wife’s truck along with my double axle trailer. That made navigating in downtown Louisville a bit challenging but I was able to manage. One modification I did have to make was that I parked at the very end of the block from the abortion center and walked from there.

There were about 10 of us there and we outnumbered the clinic “escorts”. I chatted with my regular friends and gave some warm hugs to my fellow brothers and sisters in Christ before starting my prayers. Which I have determined is my role there. While some of our volunteers “co-escort” those headed inside the clinic speaking words of truth and getting them to read some literature and consider alternatives in the “A Woman’s Choice” center next door (free ultrasound, abortion counseling, adoption assistance, etc), other volunteers pray and hold vigil. There was even a street preacher there who brought his little step stool soap box and proceeded to loudly proclaim the truth. I got me thinking about the various gifts of the Holy Spirit right there in front of that evil place. The street preacher boldly proclaimed the truth of God’s word. And while many mainline Christians are uncomfortable with that, especially as it relates to some of the damning verses in Scripture, the man was not speaking anything that was untrue. We ARE burdened with sin, we CANNOT save ourselves, and Jesus is our ONLY answer for true salvation. Other volunteers are bold in action walking along those who have come to end their baby’s life. They let them know of a heartbeat at 18 days. Of little hands and feet with unique fingerprints. Of risks of increased breast cancer, potential sterilization, and increased suicide. They also lovingly inform them of alternatives next door — free ultrasound, abortion counseling, adoption assistance — because, interestingly, the only “choice” behind the abortion center doors is death. Women don’t go in there to select from a host of various outcomes. The only option through those doors is death for the fetus…..and that doesn’t sound like “choice” to me. And then finally, there are those of us who silently pray and hold vigils. Several others are like me and only come down to pray. That is our only role. Others may preach, others may inform, others may convince, but I am down there to faithfully pray. And encourage my other brothers and sisters in Christ who are faithfully performing their roles and using their gifts. And I am glad that this was revealed to me because sometimes I will be praying there in front of the baby holocaust factory wondering why God doesn’t do anything against this evil. I wonder why aren’t my prayers effective. I wonder why can’t the lost, pregnant women see the hurt, pain and evil that they and their child will encounter behind the tinted doors. But then I realize that my God who can move mountains and who created everything DOES have a plan. I don’t need to know it; I just know that I have been called to be a small part of it. And my role is to pray and to encourage, so that is what I will do.

An interesting development also occurred as I was leaving Friday. A while ago I found out that the only male clinic escort — a guy about 55 years old — is named Conrad. For the last year I have been politely saying “Good morning” to him. If he is alone walking by, he will quietly and sheepishly say “good morning” back to me. He will not do this with anyone else around, but it is a nice olive branch so I always enjoy seeing him.

Well, this morning he and I had our clandestine “good morning”. But later when I was ready to leave to go to work, I noticed that he was walking down towards the end of the block looking for arrivers to escort. I figured my time was up and I was parked down that way anyway, so I followed him hoping to get in a “have a nice day”. He ended up going past my truck so I missed my opportunity….. or so I though. I jumped in the truck, started it, and rolled down the window because I saw he was headed back. I went to say “have a nice day” when he totally surprised me and came up to the passenger door. He asked if I had a landscaping business and what the trailer was for. I explained I had a farm and was picking up our 4 wheelers. He proceeded to say that he hunts deer — which started a 5 minute conversation of this weekend’s opening for modern gun. WOW! I could not believe we were able to talk about something in common for 5 minutes.

Soon enough he had to get back to the other workers before they declared him missing in action or collaborating with the enemy. But as I drove away, I gave all glory and thanks to God who gave me something in common and a potential future bridge with someone who an hour earlier was not someone on my list as seeing the light of Christ.

It is my hope that I can minister to Conrad so that he can see the love and light of Jesus. How that exactly is going to happen, I don’t know. But all I need to do is be faithful and show up every week. The Holy Spirit can then use me as He sees fit.

This list below is making the rounds and I believe has truth to the message.

Who will I vote for?

As that late man of God, Dr. D. James Kennedy said, “Lord, give us the leader that we need – - not the one we deserve.”

I have wondered this for quite a while. I am glad someone else is shining a light on it. 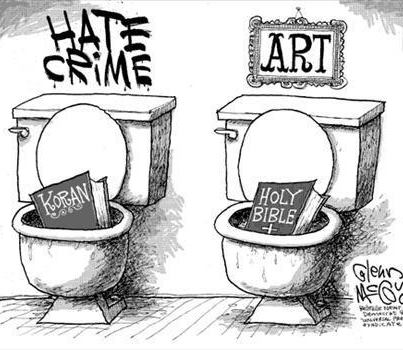 This came directly from my Dad.

And they say that the best humor always has truth to it.

It is imperative that all of us STOP the modern day Hitler equivalent — Joseph Kony!

The video below is exploding virally across the net. And for good reason — it aims to make a change that we can all agree upon — eradicating the cruel, evil and hideous violence of abducting innocent African children from their homes and using them, mutilating them, and destroying them as sex slaves or youth soldiers.

It is a hard video to watch. But we cannot just sit by the sidelines and turn the channel or go back to our lattes. As our world becomes more connected, we must shine the bright light of truth into the cold, dark places where evil hides and reveal it as what it is. If you are not yet moved let’s put it another way — if your own child was abducted and put through this tortuous ordeal, would you do anything other than everything in your power to stop it and pursue justice?

“Have nothing to do with the fruitless deeds of darkness, but rather expose them.” — Ephesians 5:11

These funnies might be funny if they weren’t so true. Hat tip to Dad.

I am really concerned about North Korea’s appointment of the “dear leader”, Kim Jung Ill’s youngest son to be the new leader of North Korea– a nuclear power!

After all, Kim Jung Un (pronounced Kim’s young-un?) had NO military experience whatsoever before daddy made him a four-star general in the military. This is a snot-nose twerp who has never accomplished anything in his life that would even come close to military leadership: he hasn’t even so much as led a cub scout troop, coached a sports team or commanded a military platoon… …So, setting that aside, next they make him the “beloved leader” of the country. Terrific!!!

Oh, crap! I’m sorry. I just remembered that we did the same thing here. We took a community organizer who has never worn a uniform and made him Commander-in-Chief; a guy who has never led anything more than an ACORN demonstration and made him the leader of this country. I’m sorry I brought this up, never mind.

As with most government legislation, SOPA (Stop Online Piracy Act) will not stop online piracy but instead restrict the liberties of law abiding individuals.

Think of it as “gun control for the internet”. Gun control has been proven to be ineffective — SOPA would be no different.

So in protest of this asinine legislative attempt to control and subvert, I am blocking out my text (other sites are going black) in an effort to show what could potentially be impacted by this nanny state rule.