Well, let’s see if I can squeeze in one last post for August…..seeing as I posted so much this month.

This summer has been abundant for butterflies. I normally notice them because I think they are marvelous gifts from God that are beautiful and random — just what we need to slow us down and take notice for 30 seconds as they occupy our day.

Below is a picture my wife took on the back property of a beautiful tiger swallowtail butterfly. There have been so many butterflies this year — not just swallowtails but also Monarchs, West Virginia White, Spicebush swallowtail and many others that I can’t name or don’t remember. In fact, there was one in the garage window that was as large as my outstretched hand. I was able to catch him and usher him outside where he flittered away. My Dad and I watched him fly away and he was so big we could watch him past the treeline over 400-500 feet away. He actually looked like a bat he was so big flying away. 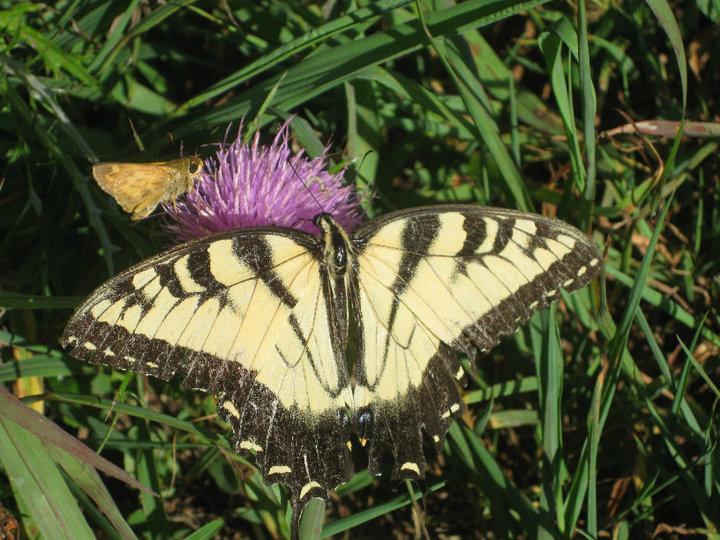 Enjoy what is left of the summer butterflies. And goodbye August. I will miss you like the butterflies…..even though you were blazing hot and humid this year.

Well, at least for a short time, we are there in Kentucky. Check out my gas receipt from this morning. And if you are reading this from the left coast — neener, neener! 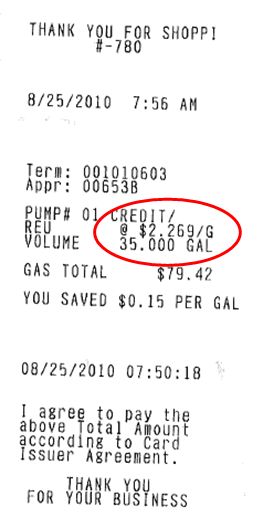 Now I could go further and say (in a wheezing old man voice) “I remember when you could fill a car with gas for $10″. Now while that ain’t your grandpa’s 25 cents a gallon, it is still going back a while.

One year ago today, I started with my current company. My, how time flies.

It seems just over a year ago, my tunnel was dark, work sucked and the environment was toxic. And after months of prayer, several events with His fingerprints on them sequenced themselves for my ransom to a wonderfully healthy business environment where I can work hard, have a positive impact, and then leave it behind as I go home to leadership responsibilities that are more important.

God…..thanks for my job. I am happy and hope to continue serving you.

This is pretty cool. Dogs are a man’s (and elephant’s) best friend.

“It’s one thing to climb into the lifeboat of Jesus yourself. It’s another to unselfishly help others in and share it.”

There has been lots to do this weekend which should continue through the week and into next weekend. You see, Mom and Dad Aslowerpace are coming in this evening from the San Juan Islands to spend 10 days with us. D has his first communion next Sunday and because we are church seeking and haven’t found a church home yet, we decided to have a service here on the property. There are two other kids in our church seeking group that are also having their first communion as well. And when some folks from the Louisville Emmaus community heard about three kids’ first communion service they decided they also wanted to be involved. So next Sunday there will be an ordained minister, a music team, and lots of family and friends here for a celebratory church service outside. We are putting to the test the statement “Four walls a church do not make” because we won’t be inside and there is not a church building for a few miles.

While we have been getting ready this weekend, one of the tasks we needed to check off our list was mowing the grass. Mrs Aslowerpace was able to knock out around 2 acres on Friday. I added a bit to that yesterday and today. And after church today, my son was able to almost finish the back.

It is so neat as a parent to see my 10 year old son display the maturity to maneuver and control a several thousand dollar, 700 hundred pound commercial machine mower. Just watching him out there I got one of those parent moments — and it was a multi-faceted parent moment.

One is knowing that your child could get hurt. Having 3 sets of blades spinning at thousands of RPMs directly beneath him as a hot revving motor sits right behind him. But I have gone over many safely aspects with him and he has displayed the respect a zero turn riding mower demands — just like his .22 rifle.

The other parent moment is seeing a 55 pound little boy (which he doesn’t like being called) sit atop and deftly control a large piece of machinery. For a dad, there is just something cool about seeing your son mature and take on some of the heavy chores and responsibilities. And when they involve machinery or power tools, it is that much cooler, especially when they respect what they are working with. Power without control is just wanton waste (ask our gov’t). But seeing my son on the industrial zero turn lawn mower maneuver around the yard and produce the results of a nicely cut lawn is very satisfying as a father.

I have pictures from when we just moved here where D would sit in my lap as I mow. I look back fondly on those pictures. I think I need to go out and take some pictures at our new stage of development so I can look back later when he is much older and fondly remember this time that I am in the midst of soaking up.