My Dad has sent me many of these videos of Bill Whittle. I like him because he seems like a common sense guy who also has a word sense of humor about him.

The video below reminded my Dad of his visits to us here in Kentucky where he knows we do things described in the video…..and then some. I’ve shared some of those moments with you here on these pages. Here is one of the biggest representations of that personal freedom — Thunder Over Finchville. Yes, right in the front yard. But we’ve also enjoyed other special moments from gun range firing to bonfires to 4 wheeler riding to model rocket launching to hosting a wedding. Again, yes, right there in the front yard.

All of this bantering makes more sense when you watch the video.

I thank God for these blessings. And I am happy to share with all my oppressed brothers and sisters who still haven’t escaped their respective nanny states.

We just came back in from stargazing this evening. Our local weatherman happened to put out some information about sighting the International Space Station several times this weekend and the first opportunity was 14 minutes away. I put down my laptop, called out to my son and we grabbed spots on the hammock out front.

It was a beautiful night to be gazing above at God’s majesty. The temps were Goldilocks pleasant — not too hot and not too cold. The sky was moonless and cloudless allowing the sparkling lights to come alive in the night sky. Soon enough, while we were waiting, we spotted a satellite slowly and methodically aiming across the night sky. My son spotted a shooting star but it was gone before I could move my head that direction.

And then it appeared. The ISS first looked like any other star but was low in the northwest sky plodding upward. Its brightness intensified as it climbed. At 45-60 degrees angle above it was the brightest thing in the night sky and was beautifully silent as it aimed for our house and our viewing spot. At its pinnacle in height and brightness a nearby shooting star careening east punctuated our experience. And this shooting start was long enough for my son to see it, say it, me to turn my head, see it, and then it lasted another two seconds as we both watched it burn out and fade away. Right after the ISS faded away to the southeast, a satellite faintly trekked across the path just laid by the ISS. Interestingly, a hand’s width behind that satellite was another satellite on the same course — like it was chasing it only to never catch it. It reminded me of several years ago where we watched the ISS and the space shuttle prepare for docking. The first night they were a sky’s width away from each other but the second night they were like a dog and cat chasing across the night sky. Very cool and very memorable.

This was another one of those times. It made for a great impromptu summery star night.

The picture below is stolen from a friend’s Facebook wall (thanks, Melinda!). It is of the beautiful sunrise that just happened this morning in Kentucky.

Kinda funny how I can see the Kentucky sunrise and yet it is still dark here in Oregon. 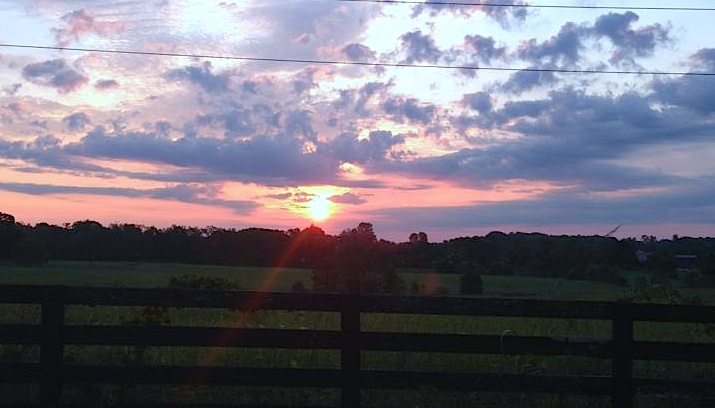 Earlier this year, we had a few chicks hatch out. They are now awkward looking teenage chickens adapting to their life in the coop and pen. Well, my son thought that process was pretty neat so he took the opportunity to try to hatch out a few more when one of the hens went broody. He sequestered 10 eggs with her in a nesting box and last week, three chicks started the process over again. They are so small and adorable.

Here is a picture of them free ranging while my son was cleaning their cage. 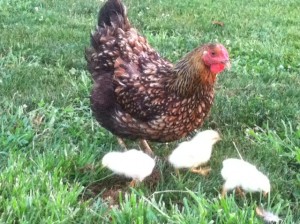 This will go nicely with my plan to cycle the hens every year or two. The hens only lay for 2 to 3 years and I always want to have 12-14 laying eggs for us. Such is country life.

Mother nature sure didn’t get my memo for securing the date for this year’s Thunder Over Finchville because we were in the middle of multiple days of soaking rain. Other organizations and municipalities called their displays off but between the work that had gone into arranging and fusing the fireworks and the major amounts of food and prepping that had been done, we were pretty much committed to some kind of celebration party on Friday night.

And happen it did. The team of 8 guys wrapped the firework boards in plastic and put them out with the control boxes. It did begin to mist and when the show actually started it was sprinkling. By the time it turned into a full on rain, the wonderful fireworks display kept everyone glued to the sky while also trying to manage not getting wet — although people were already under pop up canopies, retreated to their vehicles or had rain ponchos on. When it did end, everyone scurried to their cars and almost all 120 people were gone in about 10 minutes. Below is a short 45 second snippet video of the 15-20 minute display.

Thanks to all who attended and even more thanks for those involved in setup and clean up.

Our country would be so much better off if we ripped the script from this commercial and applied it directly to every single person, entity, business, and gov’t agency immediately. 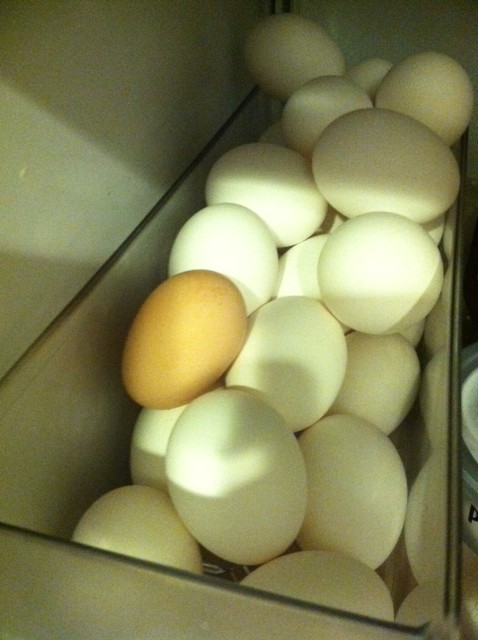 This is the scene that greeted me this morning as I made my way to work. God’s handiwork for a new day. 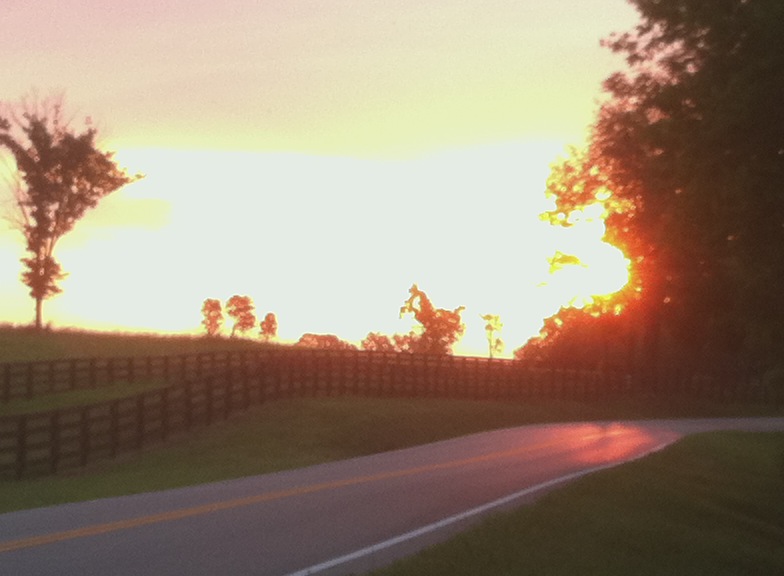 I love living in the country! 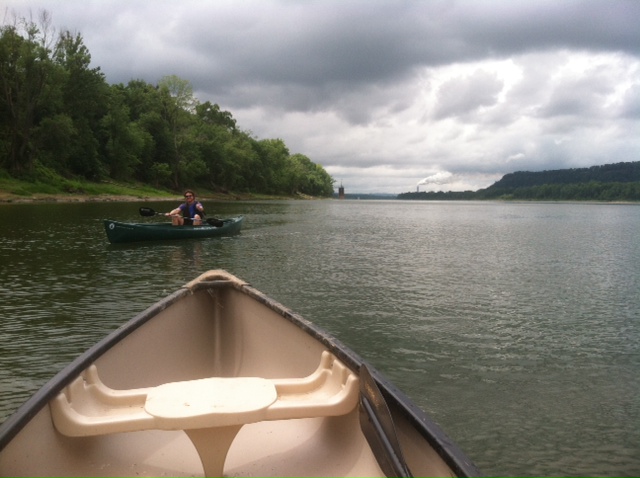 This year for the 3rd annual Thunder Over Finchville the weather cooperated just a little bit better than last year. Although it was the 2nd hotter day EVER recorded in Louisville at 106F (the all time record is 107F degrees), at least it didn’t pummel down rain like it did last year.

This year’s shoot was bigger and we had the luxury of several remote control firing systems. Last year’s improvement was a control board but this year we took it even further. It is so nice to be able to put something like this on. We had many folks who we were blessed to share it with — family friends, my son’s Scout troop, neighbors, folks from church, friends from Emmaus — and even though the weather was scorching, the pool was full of water and kids, the patio was shaded, our home was air conditioned and the food was plenty.

Below is a short video snippet of part of the intro queue — and that was just the beginning. One of our guests is a local videographer who happened to have some of his professional gear in his truck. He broke it out and captured quite a bit of footage that I hope I will be able to share here soon. Until then, enjoy my lame iPhone vid snippet.

While it is a few days late, Happy Birthday Lady Liberty and America!!!!!